The 5tco team furnished and installed this well known icon. The year was 1982, and our 5tco team was working then under Dave Demarest (Demarest Company). A major kick-off for the now well known ACM Alucobond.

The exterior skin consists of 6mm Alucobond pyramids. These pyramids of different sizes are bolted to engineered frames of structural aluminum. The frames are also bolted 3’0” to structural aluminum and steel stand-offs. The installation took Demarest Company 12 months to install. No injury’s of any kind. It stands today as it was 40 years ago.

This geosphere, Spaceship Earth, has over 7,000 facets and was constructed onto three different size 8” aluminum channel triangle frames. Onto each triangle are four different size pyramids. Walt Disney told his design team to make the heat shield facets non-repeating. In the morning when the Florida sun strikes the sphere there is a strong “bong” sound as the East side heats up. And another “bong" when the sun begins to set. During the various design stages, we at Demarest were charged with the task to develop and conduct an actual “bong” test. 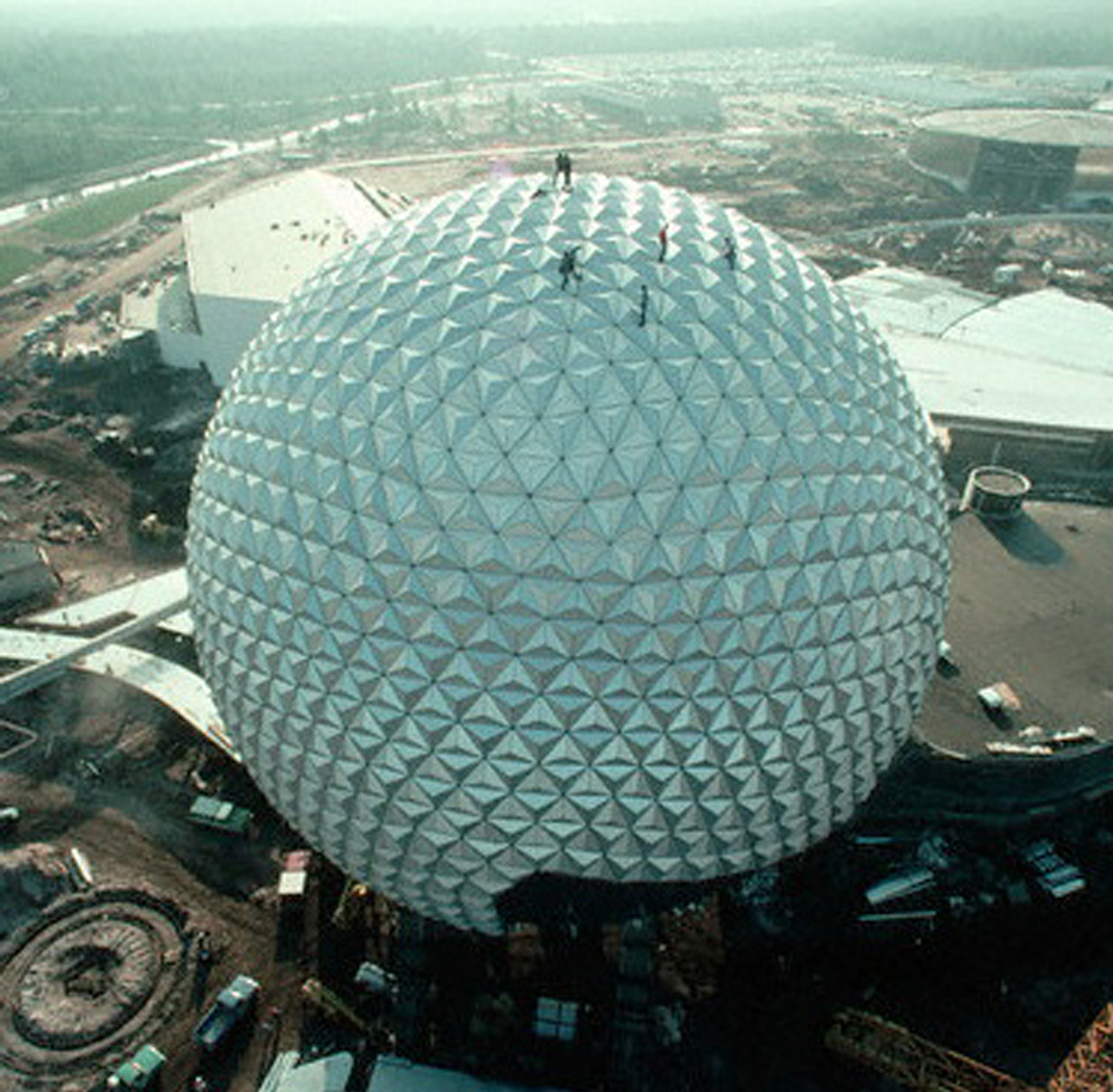 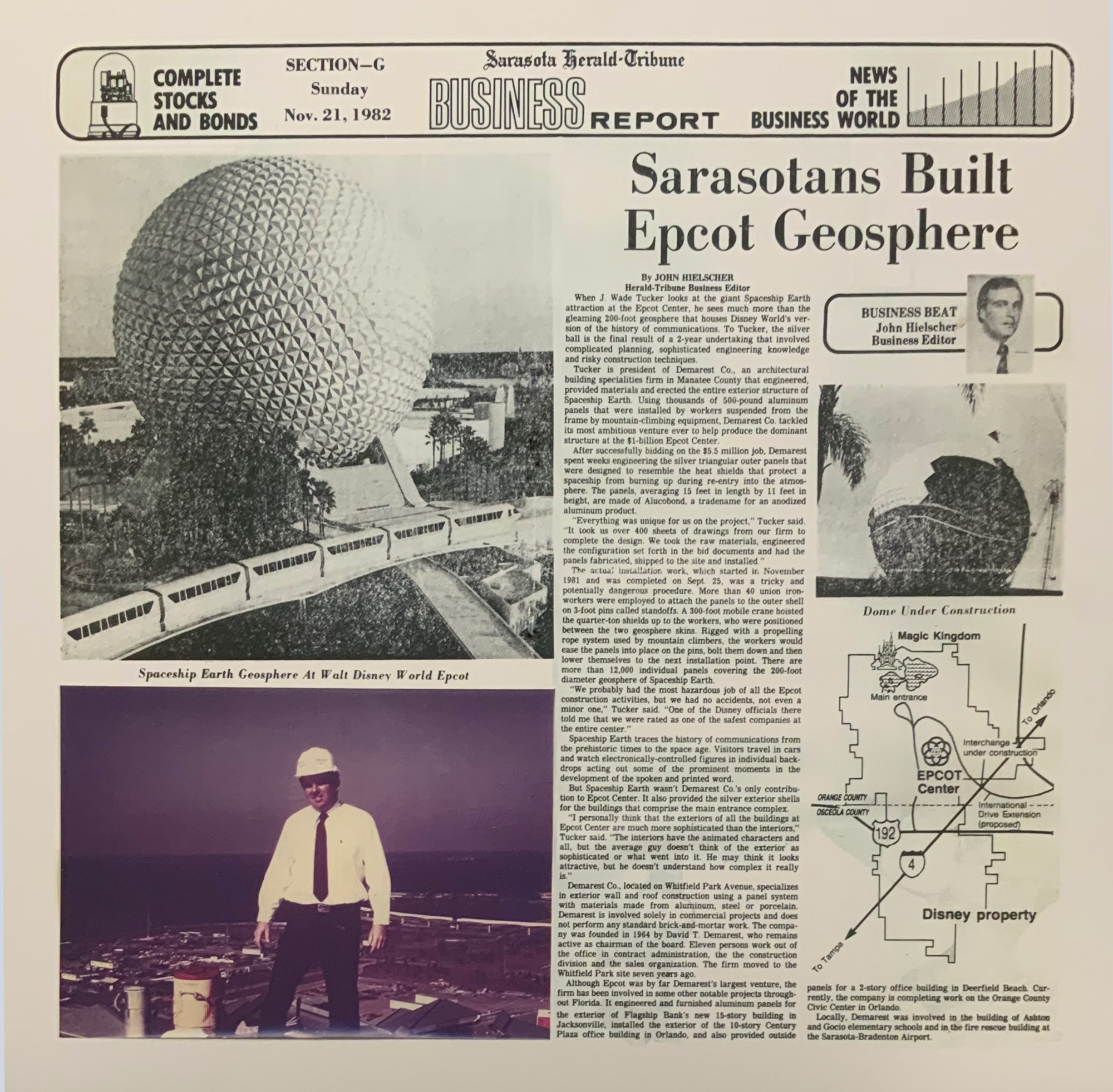 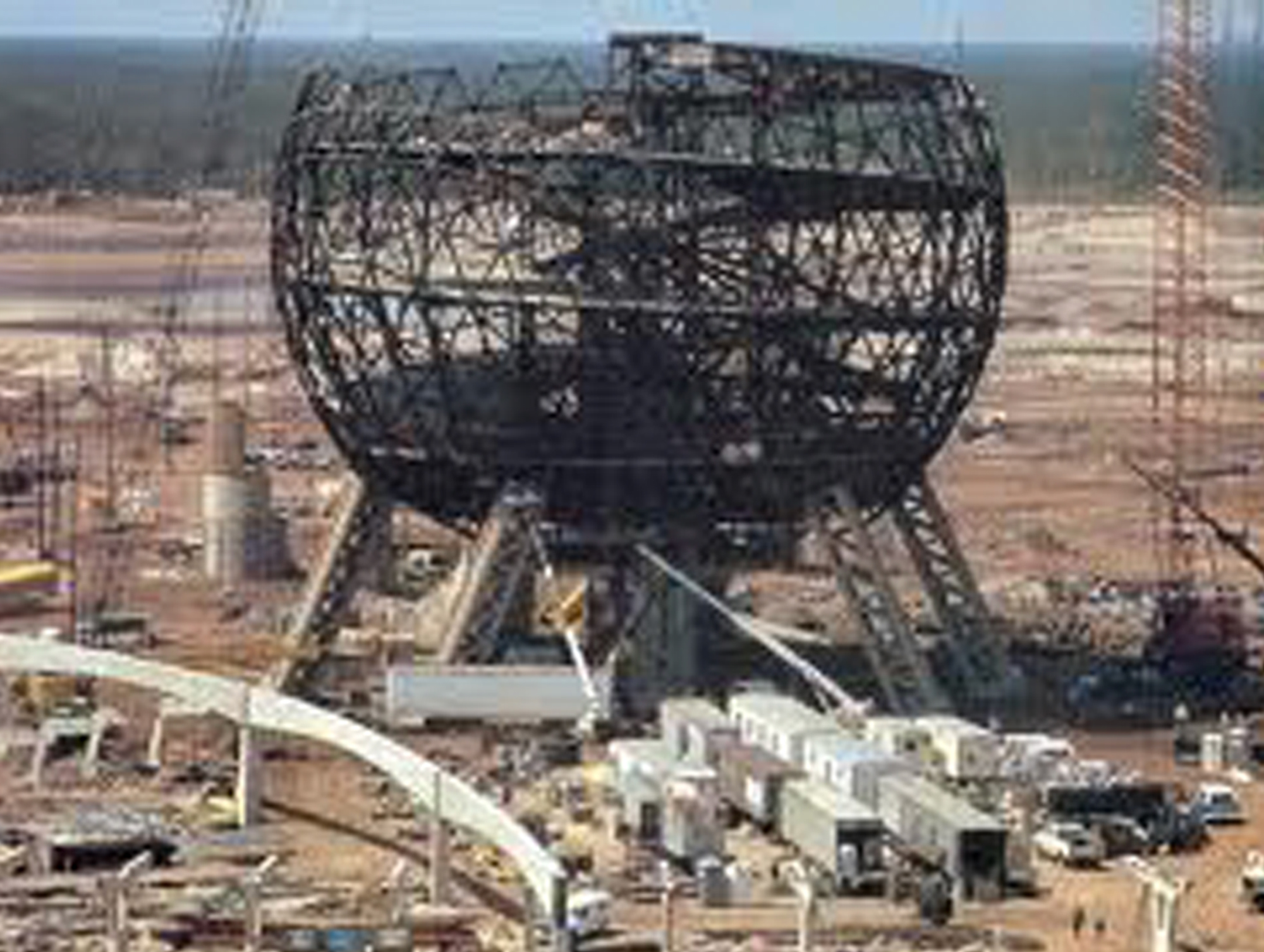 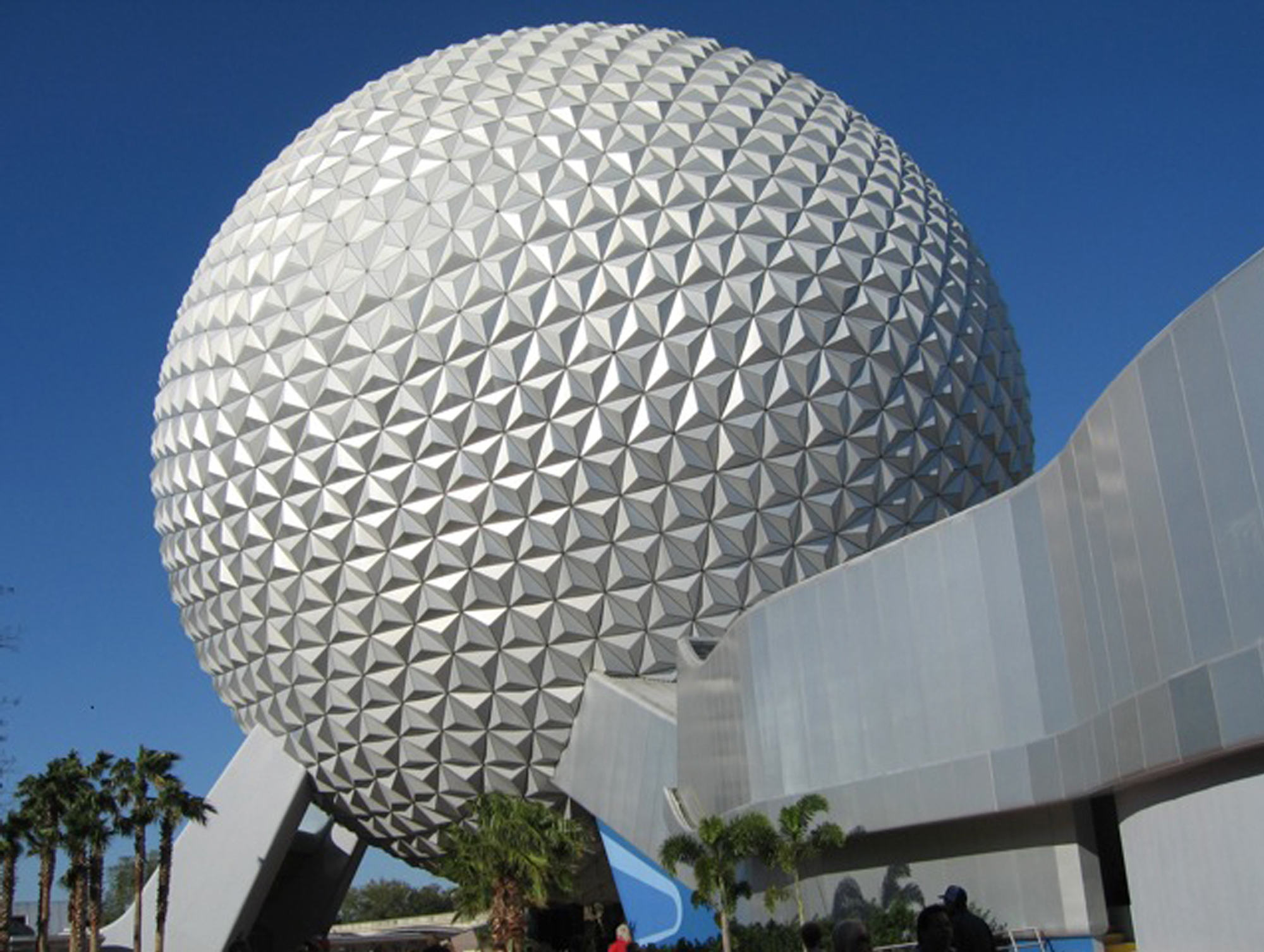 FIVE-T-CO was established in 1989 and for more than 32 years has been Florida’s Premier Architectural Metal Wall, ACM Composite Wall, and Trespa’s Phenolic Wall Panel Contractor whose systems are used now in Sports, Healthcare, Commercial, and Industrial Markets.